The Early Days of Cannabis and the law

The History of Medical Cannabis has been one that has been fraught with difficulties due to the lengthy history of prohibition that has routinely infringed on the liberties of medical Cannabis patients worldwide. The history of medical Cannabis has been more contradictory than unfavourable for the substance. For instance, in 1553, King Henry VIII imposed restrictions on the public that required every 60-acre-plus household under strict instruction to grow hemp or face a stiff fine. Often landowners defied this law, and the penalties of £5.00 were severe at the time; this meant that the business of detecting and fining agricultural farms without a farm was highly profitable. This legislation enforcing Cannabis cultivation was imposed chiefly to ensure the country had enough hemp material to construct nautical gear such as ropes, sails and fishing nets, and textiles such as Linen.

In the UK, Cannabis was legal as medicine and accepted as such until the 1930s. As well as it once being a law to grow Cannabis, it's also been reported that Queen Victoria's doctor Sir John Russell-Reynolds may have prescribed her cannabis oil for menstrual cramps! Despite how positive things seem for Cannabis in this period of history, at least in standing to the laws of the last 100 years, this was soon to change. The change came around in 1928 when the UK passed a law called the Coco Leaves & Indian Hemp regulations, which classified Cannabis as a poison. In 1937, the USA made it illegal for all uses following some less severe restrictions already implemented in the years prior. A widespread era of moral panic followed, which is now commonly referred to as Reefer Madness, tied to this change was underpinned by what is now a satirical propaganda movie, Reefer Madness, released in 1936. The film aimed to strike fear into the average person about the perceived danger of the substance, funded by a church group whose obvious intent was to strike fear into them around the consumption of Cannabis. But, of course, the film was complete fiction, worsened by the fact that it played into racial and xenophobic fears of white society at the time by associating it with Mexicans and showing white women falling in love with the Mexicans. In short, it dealt a rapid blow to the then-widespread notion that Cannabis could be something beneficial for society. This sweeping criminalisation of Cannabis happened at a crucial time as, in the years leading up to the law change, Cannabis was often instrumental in various medicines for the treatment of a whole host of conditions at the time. Following the 1937 federal law in the United States, the United States government started to pressure international organisations to move similarly.

In 1961, the UN decided to mark Cannabis as having no medical or therapeutic use and that it contains 'hazardous' properties. This precedent resulted in Cannabis being classified as a schedule one drug, meaning that Medical Cannabis use & the majority of research was also halted in their tracks (and only recently reversed). A former aide of the founder of the longest waging war to ever exist reported that Nixon's goal was to "ensure the subculture referred to as 'Hippies' was irreversibly associated with the drug cannabis or 'marijuana'. Marijuana was the typical lexicon used to demonise Cannabis further by making it sound more 'alien' and relating it to foreign immigrants, particularly Mexicans. Nixon and his electoral team set up to cement that association with "Marijuana' by heavily criminalising Cannabis and the Hippy subculture with the ultimate goal of disrupting the communities amid a campaign against the leftist antiwar culture.

The Tides Begin to Turn

However, despite the best efforts of the government elects, the reefer narratives gradually began to be discredited as miraculous tales of Cannabis usage to treat severe medical conditions that often failed to respond to treatment began to gain exposure in the public eye.

"In the 1970s, Holland was one of the first countries to diverge from prohibitionist policies and permitted medical use of cannabis," says Dr Jessica Steinberg, who recently received a PhD from Oxford University on the history of legal cannabis markets.

"There was already relaxed law enforcement, including an adopted harm reduction approach. At the time, youth movements were gaining force. There was a need to acknowledge younger generations and prohibitionist policies did not align with these groups' interests." Then slowly but surely, US states legalised medical use, starting with California in 1996. Various states legalised for different conditions, some with particularly lax laws whilst others were very strict, only allowing consumption of limited types of Cannabis medicines. The degree to which the states were opening up medical legalisation closely correlated to the growth in suggestions that they are suitable for treatment for a range of conditions, including Epilepsy, multiple sclerosis (MS), chronic pain, anorexia and even cancer".

Then in late 2018, the USA finalised the Hemp Farming Act 2018, which effectively federally legalised CBD. CBD has long been associated with medical use due to its efficiency and non-psychoactive effects.

Of course, when the United States makes a move, the UK is never far behind; a clear example is when America outlawed medical cannabis use through the passage of the 1970 Controlled Substances Act & the UK the following year with the Misuse of Drugs Act 1971 which made the drug a Class B.

So following this logic, it makes sense that the UK legalised CBD around the same time in 2018. However, the UK didn't stop there. They begrudgingly went a step further after pressure from two high-profile media campaigns featuring children who suffered from severe and rare forms of Epilepsy where only Cannabis has suitable efficiency. The media campaigns resulted in an amendment to the Misuse of Drugs Regulation 2001, which enabled Cannabis prescriptions to go ahead and for the unlicensed Cannabis-based medicinal products to move into Schedule 2 of the Misuse of Drugs regulations.

Medical Cannabis in the UK comes in various forms, including Cannabis Oils, Dried Cannabis Flower & pre-filled Cannabis vape cartridges, some of which contain high percentages of THC, and the correct way to refer to them medically is as CBPMs (Cannabis-Based Prescription Medicine). The NHS guidelines state that these are only viewed as a potentially suitable treatment "when it is in your best interests, and when other treatments had not worked or were not suitable". They also suggest that it is only likely to be prescribed for Epilepsy, MS & Cancer sufferers undergoing Chemotherapy who suffer intense nausea and loss of appetite. The NHS has only prescribed to very few people, currently believed to be 4; at any rate, they're almost out of stock. Four years later, in 2022, despite serious barriers, access has opened up, and despite this, there are no low-cost options currently available. A month's medical supply can cost 50.00 to hundreds for the average consumer, although certain conditions, such as children with Epilepsy, will have monthly bills over £1000.  This is why you may have recently seen a headline reporting that free medical cannabis is being donated to epileptic children in the UK, this is being funded by private firms because the NHS application process is so complicated and drawn out.

In reality, around 17,000 patients have been prescribed medical Cannabis in the UK via private healthcare prescription. The main qualifying criteria are the individual needs to have a condition for which they've exhausted two first-line medications; these conditions can fit into the categories of pain, neurology, psychiatry, gastroenterology, cancer & palliative care. Physiatric conditions range from drug addiction to autism to ADHD to Aspbergers and many more. In short, many long-standing conditions are suitable for Medical Cannabis. Despite the removal of barriers, things can open up much more. Police have confiscated multiple patients' medicine, arguing that the 'Police officers cannot be expected to know about every aspect of every law which affects UK citizens. Police have not always validated the patient by, in some cases stating they couldn't confirm legitimacy but have decided not to act further. Medical Cannabis flower in the UK has to be vaporised, meaning if a medical patient breaks their electronic vaporiser, they cannot roll it up and burn it as this counts as misuse. Furthermore, despite the UK being the biggest exporter of medical Cannabis, all medical Cannabis Flower is imported and suffers degradation in the lengthy process it takes to get the medicine into patients' hands after being grown. Also, UK patients aren't allowed to cultivate their own medicine as medical markets such as many of America's states allow.

In summary, Medical Cannabis in the UK has a dynamic history because it has been frequently subjected to the arbitrary rules of the ruling political class. This instability is commonplace, as shown by the law requiring the Cannabis plant to be grown by the public back in 1553 before becoming incredibly prohibited and ultimately viewed as having no medical benefit in the last 100 years. In recent years the home office allowed GW Pharmaceuticals to cultivate for export and Cannabis imports for medical use, mainly in the private sector and for a minimal number of patients on the NHS. It's likely that any long-standing advocate of Cannabis, especially for medical use, will contend that we have a long way to go before Cannabis is as widespread as it should be in the UK. Especially when juxtaposed with the current home secretary Suella Braverman keeps reinforcing negative stereotypes about Cannabis and calling that they support reclassifying Cannabis to the same severity level as Heroin & Cocaine, being Class A drugs. This change is likely just a distraction from the more significant issues plaguing the UK in 2022, as it contradicts the scientific, evidence-based approach. We've got some way to go before we join the rational and science-based approach that so many parts of the world have long ago adopted as bona fide facts.

← Previous Next →
Related Products
2 Comment(s)
BadSantaorr
hello there. What can i do for you hehes thanks

i registered 2 weeks ago but i cant find where can i search any words. 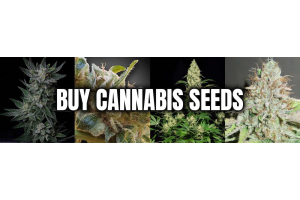 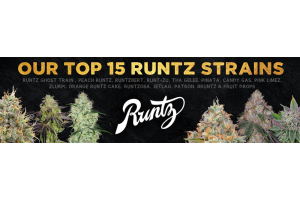 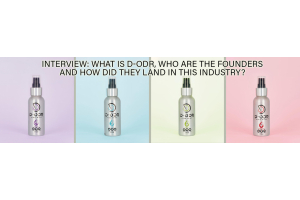 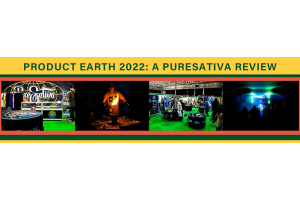