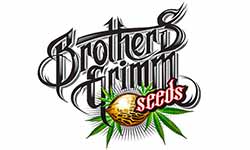 She’s BACK… the legendary Cinderella 99.

When Brothers Grimm closed in 2002, the small batches of our original seeds were quickly depleted.

Over the years, elite growers continued to clone their Cinderella 99 moms to preserve them, and several notable breeders continued the legacy by creating hybrids of C99.

It’s my immense pleasure to reissue the Bros Grimm’s most famous strain, recreated using all the experience gleaned from years of reflection and observation.

Select individuals grown from the original batch of C99 were evaluated until a male was chosen to pollenate the original “Holy Grail” Princess female. The results are fit to satisfy the pickiest connoisseur’s expectations of flavor and quality of high. This batch produces a fairly high percentage of purple phenotypes – what else could I give the plant that has everything? Rich in terpenes ranging from fruity to funky, all in the same bud, the flavor and aroma are intense. And of course, the famous clear, soaring C99 high to spark the imagination and motivate creativity - heavily influenced by Haze - devastatingly psychoactive.

THE CINDERELLA STORY – AS TOLD BY MRSOUL:

In 1996, I discovered a few seeds in a bud of Jack Herer I bought @ “Sensi Smile” coffeeshop in Amsterdam while there to buy seeds. I didn’t expect much when I grew them, but one of those seeds from the JH bud produced a very special female that I call “Princess”. She had devastatingly psychoactive resin and stayed short, compact and had a heavenly aroma of tropical fruit and rotten meat.

The scent given off by Princess, was unusual in the late 90’s - not at all skunky - she’s sweet and fruity. Someone passing by the flowering room MIGHT not recognize the scent as pot and mistake it for tropical flowers. When you rub the resin you can definitely smell it. The high of Princess is also more “psychedelic” or “trippy” compared to the strains like Skunk #1 that were popular. I always advised friends to smoke a LITTLE, wait 10 minutes, then think about whether or not you need any more…it’s easy to over-indulge and become paranoid.

We can assume Princess’ mother was a Jack Herer not only because Sensi Smile printed it on the package, but also because I’ve smoked verified Jack Herer since then. So Princess’ father is a totally unidentified mystery plant – his pollen somehow got in Sensi’s growroom. Princess had two sisters join her from that same bud. I called them Genius & Café Girl. There were also 3 males from those seeds which regrettably, I didn’t preserve. Genius became the mother of the Brothers Grimm Apollo lines, while Café Girl gave us Rosetta Stone.

I wanted to create a strain that would allow me to share Princess with others, but I wanted this incredible “Holy Grail” of indoor clones available to the world in SEED form. I decided to use a technique called “cubing” (because there are 3 backcrosses involved) to create the seeds. (See the FAQ for an overview of how the cubing process works)

In the process of “cubing” Princess I wanted to add a little strength to her branches because the buds were always so heavy at harvest that the branches flopped over. To do that, I crossed a heavy-yielding, dense, resinous Sensi Shiva Skunk female with one of the males grown from same group of seeds that produced Princess (i.e., her brother). I then grew the resulting seeds to select a male to pollenate Princess to begin the cubing process. That select male was then crossed to Princess, creating “P.50” (using the shorthand notation I developed to indicate the fraction of Princess genes in the cross).

Each generation is the result of crossing a male from the previous generation to Princess herself.

Here’s a blow-by-blow description of the generations:

P.50 = Heavy, single-cola type plants with mellow high (too much influence from the Shiva Skunk) Sweet fruity scent/flavor. Unstable in most traits – for example, 10 days’ difference in fastest/slowest maturation period in a group of 20 seedlings.

P.88 = Renamed Cinderella 88 when first released on the market. It grows fast and produces excellent yields of FROSTY buds in 7 weeks! Generally uniform seedlings with minor differences in floral formation and some height variance, but the smoke is quite consistent from all plants – Dense, heavy nuggets of fruity scented & flavored (like wild berries) and covered in resin glands, the dried buds have distinctly ORANGE pistils.

And finally P.94 = Cinderella 99. The name “Cinderella” was chosen because of the parallels between this story and the well-known fairy tale in which Cinderella becomes a Princess despite her humble beginning.

Each generation exhibited a MAJOR jump in potency: P.50 was rather mellow, P.75 has a well-balanced body/mind high with a citrus flavor, Cinderella 88 is cerebral and paralyzing with a tropical fruit flavor, and Cinderella 99 is of course renowned for the fruity flavor and speedy, scary high inherited from Princess.

Cinderella 99 yields are highly dependent on the methods used. Pruning style and number of plants/area make a BIG difference. Generally 1-2 lbs/kW depending on the grower’s style.

This project clearly became a huge success. The strain has been embraced by the cannabis growing community. The smokers gave rave reviews & the breeders elevated Cinderella 99 to cult status. It’s extremely gratifying to me, MrSoul that so many hybrids were created by breeders who recognized C99 as a stable parental stock from which to build or tweak another variety. It’s a big compliment to me as the breeder, and a huge testament to the enduring quality of Cinderella 99.